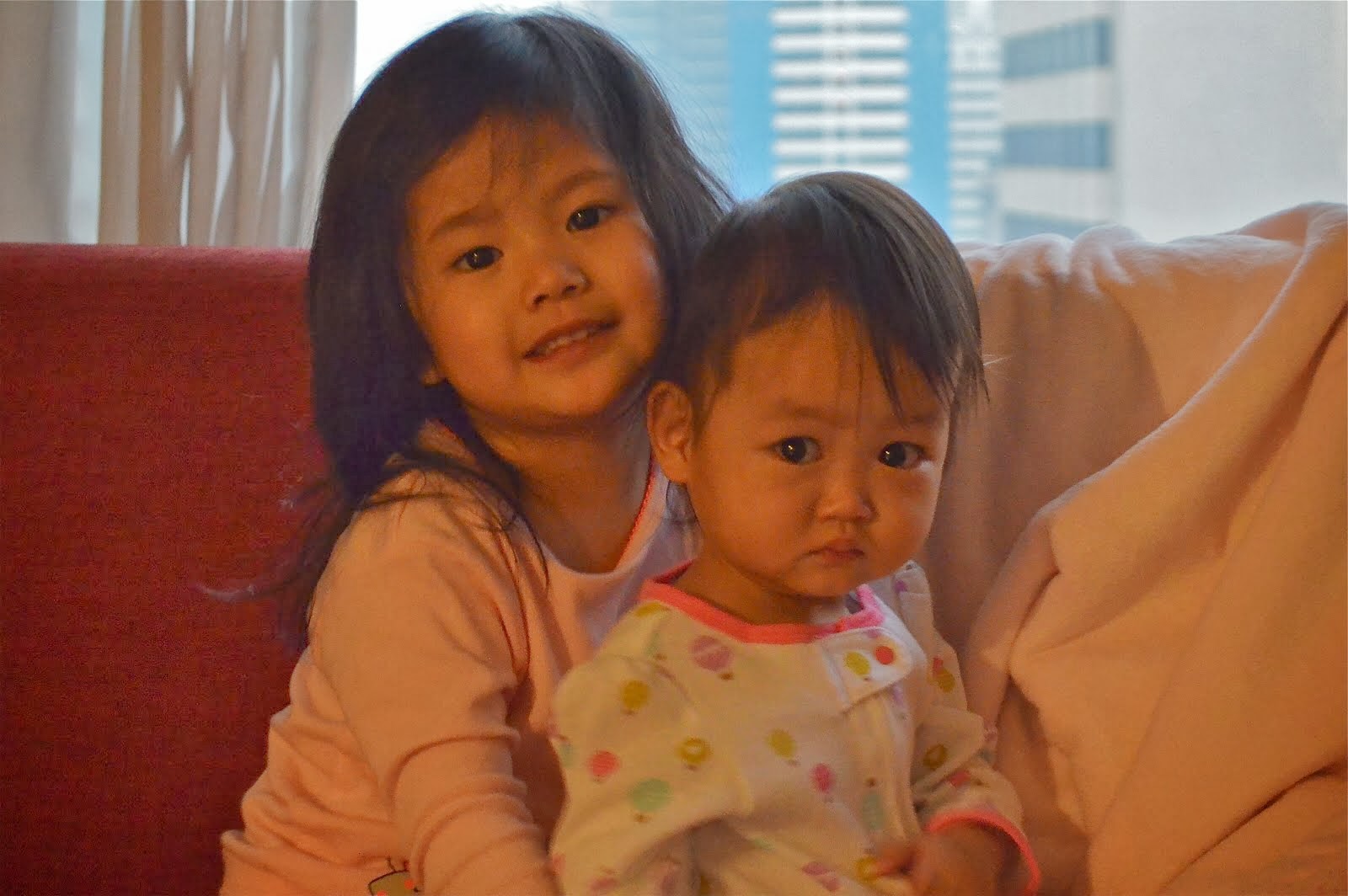 our top 78 inspirations to adopt

I am not one of those people who have always known I would adopt one day. In fact, if you had asked me 10 years ago if I would ever adopt, I might have said something like, "Probably not, I want to have 'my own' kids." (I know, I have offended myself just by typing this, but sadly it's true...or was). God sure showed me.  And like He does so often, He showed me in a way I could never have imagined...well, in 78 ways to be exact.

Steven and I were married in August of 2003. Eight days later, we had 19 children from India, Uganda, Brazil, The Philippines, Nepal and Burma (now Myanmar). We made a 1-year commitment to direct an international children's choir, and we hit the road for a 10-month tour of the US. It was the hardest, best year of my life up to that point. We fell in love with our kids and loved being called "Auntie Tiffany" and "Uncle Steven" in the cutest little accents you've ever heard. Our hearts broke when we had to say goodbye after the year was over. I never wanted to feel that hurt again, but God had other plans. Our year-long commitment turned into three. The goodbyes never got any easier, but God was using these precious kids to break my heart for the orphan. For me,"orphans" hadn't been much more than a collective word used to describe a distant, detached group of poor, dirty kids half a world away. Now it was different. I knew them... they had names and sweet faces, and they were right in front of me. I loved them, and my heart would never recover.

Our choir kids were not up for adoption. Many of them came from very large children's homes, so we were the closest thing to a mom and a dad that many of them would ever have. That reality is heartbreaking, but it also points to the hope we have in Christ. Some of my most cherished moments are the ones where we got to talk to the kids about our heavenly Father and the love He has for us...so much that He sent His only Son to die for our sins. Over the years, we had the blessing of seeing many of our kids trust Christ. And while they may not be adopted here on earth, they have a Father who has adopted them for all eternity! He is a father to the fatherless (Ps. 68:5).

After three tours, we came home to Birmingham and opened our wedding gifts. I was thinking we would start a family within a couple years, but after a year-and-a-half, we committed to go back on the road for a fourth tour...with our rowdiest bunch of kids yet! I knew going back was also choosing to postpone having kids, and God gave me total peace to wait, even if it meant mothering choir kids year after year.

At the very end of the tour, we had the amazing opportunity to record a song with Steven Curtis Chapman, called "Spring is Coming." It was part of the first album he did after the tragic death of his little girl, Maria. I will never forget how still and quiet the kids were in the studio as "Uncle Steven" told them about Maria and the journey God had his family on. So many of them could identify with loss. Then, he shared the words the kids would sing...


Out of these ashes, beauty will rise. Sorrow will be turned to joy. All we hope for, soon will appear. Out of the dark, God's glory will shine. All of earth and heaven rejoice. Spring is coming soon. 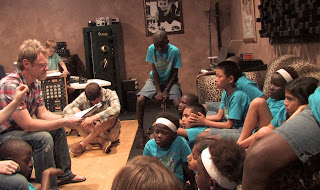 Well, you guessed it. We said goodbye to our 4th choir, and welcomed our 5th about 6 weeks later. We found out very early on that this group would be singing "Spring is Coming" with "Maria's dad" for Cry of the Orphan weekend. I can't tell you what state we were in on this particular October morning, but I do remember that the kids were about to sing for a high school chapel. We had some extra time, and I was going to start rehearsing "Spring is Coming" with them later that day. I wanted the kids to understand what they were singing and why, so I  printed an article to read to them that told the story of Maria's life and some of the things God is doing as a result. We were all crammed into a small section of a locker room. With a big lump in my throat, I read. We talked about how many of them had experienced losing someone they love, but how God can take the hardest things in our lives and use them to do something beautiful for His glory.  We may not be able to see it or understand it, and it may still be painful, but we can trust that God can give us beauty for ashes. That day in the locker room and over the next few weeks, several of the kids trusted Christ. Beauty for ashes became kind of a theme for us during that tour.

Then came December. And it brought winter in every way I could imagine. Our time with the choir came to an unexpected end as a result of circumstances totally beyond our control, and we did not get to tell the kids goodbye. I found myself in a heap of ashes. Here I was having to practice what I preached, and I could not see how there was any way for something good, much less beautiful, to come out of what happened.

Tears still sting my eyes when I think back to almost exactly 2 years ago. There is still pain there, and there are still lots of questions and things I don't (and may never) understand, but God has been faithful. Nothing has taken Him by surprise. He allowed our time with the choir to give us a heart for the orphan. And He was sovereign over when we came home because He was calling us to care for the orphan in a different way...through a process we never would have started when we did had we completed the fifth tour. God has graciously allowed us to see one way that He is giving us beauty for ashes, and her name is Ayla.

Our first 78 kids will always have a special place in my heart. I remember a well-meaning friend telling me after we said goodbye to one of our choirs, "One day you'll have your own kids, and that will be even more fulfilling." My thought was, "I hope not...I hope it's the same." I guess I will know soon, but I pray I loved those 78 like a mother loves her own children. God used them to change my heart and to prepare me for number 79... my own daughter from China.

One of the most amazing things of this adoption journey has been how God has used it to show us the great lengths He went through to bring us into His family. How grateful I am for a heavenly Father who sees His adopted children as His own.


How great is the love the Father has lavished on us, that we should be called children of God. And that is what we are! I John 3:1 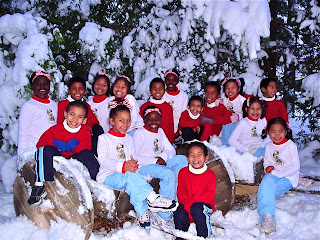 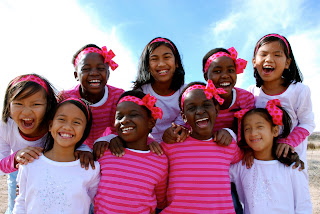 Tears are in my eyes too, but the sad ones quickly turn into happy ones knowing that #79 is coming soon! It's gonna be fun reliving this in your blog. This time next year, Ayla will help us make cookies for the first time!!

Beautiful post Tiffany! Can't wait to meet that beautiful, sweet little Ayla in person! She is going to change your life in the best way possible:)

Beautiful, touching story. I absolutely can't wait for sweet Ayla to be HOME!!

Hi, Tiffany, what a beautiful post. Girl, you are a wonderful writer. I know this came straight from your heart & I can't wait til you get that precious girl. By the way, got your shower invitation and I will definitely be getting you something for that sweet girl.

I am soooooo impatient!!! I'm ready for us to go and get our girls NOW. I'm still praying for a miracle that we travel together. I love this blog...your 2 posts hit home so much as we've walked similar paths in so many ways. I love you and already love little Ayla Mae!

Not sure how I'm just now reading this but I was definitely teared up through it. You're a great writer Tiff, God is a great storyteller too :). Can't wait for #79 to be with us!! 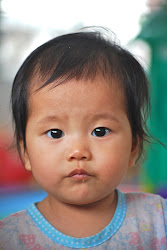